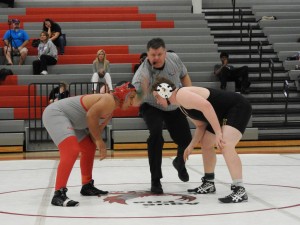 The Agua Fria High School wrestling team went 2-1 against Lake Havasu, Apollo, and Sunrise Mountain on Jan. 20. The Agua Fria Owls had many amazing moments during the three matches, leaving the players and coaches motivated for the next meet on Jan. 28.

The Owls started out the night by beating Sunrise Mountain (45-30).  Their first round went amazing. Jesse Delgado and Kyle Rothmeier both had great wins, adding points to the team and allowing the team a victory for their first round. They were confident, advancing to their next match.

The second match had the team and the audience up in arms as the referee called a controversial foul. Even though the Owls lost, they pushed on and tried their best for the rest of the round. Kyle Rothmeier, a member of the varsity team, said that he thinks “[they] 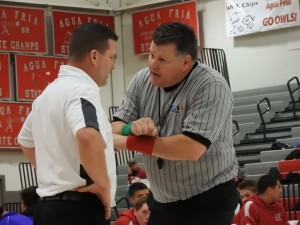 could have done better in the second match.”

Although they lost to Apollo (36-43), the Owls recovered and were victorious in their match against Lake Havasu (60-24).

Coach Richmond feels that the team did very well. He doesn’t “think [they] wrestled as good as they could against [Apollo],” but that they did well overall.

Come out on this Thursday, Jan. 28, for senior night and support the Agua Fria Owls!