The Agua Fria women’s basketball team saw its season come to an end on Feb. 9 in a tough 36-28 loss to the Mountain View Marana. The Lady Owls finished the season 13-7. We are incredibly proud of all the hard work that women’s basketball players put in this season.

Here are some recaps of games leading up to the playoff defeat:

The Lady Owls snatched the win from La Joya 47-20, completely taking over the game. La Joya seemed to just give up and The Lady Owls took the easy dub. The Owls had started strong and and finished strong throughout the whole game. 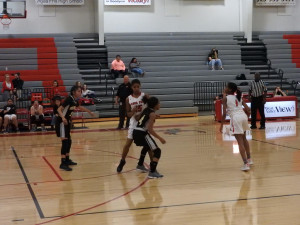 Offense started to pick up as they passed the ball more (frequently). Which lead to scoring more and at the beginning of the 3rd quarter they lead 19-10. Defense had many takeaways, playing off the break and out scoring Goldwater by 12 points towards the end of the 3rd quarter.

The last quarter was finished with strong defense. Which lead to another W.

Lady Owls Dominate Lake Havasu with 45-28 Win. The way it started was the way it ended, domination. The Lady Owls out worked Lake Havasu and executed everything swiftly. 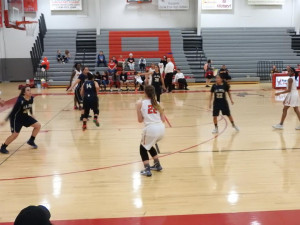 Offense played very well whenever they had got the ball, but our defense was the factor in this game. They caused many turnovers which lead to offense playing on the break and out scoring Lake Havasu.

There’s nothing more than just that, they dominated the game. Keep up the hard work.  #BeAnOwl