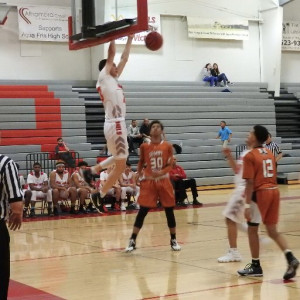 and our very own Bryce Fowler was nominated. The basketball nomination Bryce Fowler has received is the Player of the Year (POY) for Division 5A.

The other nominees competing for POY Division 5A are Colten Kresl (Chaparral), Dre Marin (Apollo), Max Moses(Arcadia), and  Holland Woods (Apollo). But Bryce also got the reward of making the First-Fourth teams All-Conference Division 5A.