On Friday, February 10th, the Lady Owls soccer team had a banquet. During that banquet a few awards were handed out to Selena Garza, Kaylie Langtry, Dakota Cameron, Melissa Vasquez and Ciera Mueller.

Ciera got the “MVP.” She received this because she was “the one who kept the team together when times were rough,” said her coach, Aaron Chaira. Another reason for receiving that award was she didn’t only believe in herself, but she believed in her teammates. She made sure the team did not give up. Ciera never missed conditioning, weight training, nor did she miss an 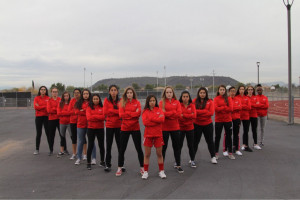 y practices. Ciera also happened to be their captain.

Dakota Cameron and Melissa Vasquez both received the “Character Matters” players of the year. Both of those girls had the ability to help others around them achieve their goals. They both respected one another, themselves, the coach, and the opponents. Dakota and Melissa both worked hard and had discipline.

Kaylie Langtry received “Most Improved Player of the Year” award. Kaylie has always been one of the team’s “strongest players,” Chaira said. She was a defender last year as well as this year. This year Kaylie took the game to another level. She played the style of game her coach asked from her. “Being a defense player and an active offensive player is not easy,” her coach said.

Selena Garza was handed the “OWL of the Year” award because she was always focused and determined. Her coach stated that: “She ever stopped pushing herself nor the team.” Selena was aggressive on the field but a motivator on the sidelines. Selena may have been one of the smallest on the team but she was also one of the strongest.
“This year was great for our varsity team, but the start of the season was a little rough,” Chaira said, but that didn’t stop the girls from being able to make it to the playoffs.