The Agua Fria boys baseball team had a busy week with three games. 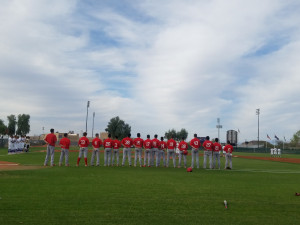 k on Betty Fairfax on Friday. The boys took a win with a score of 12-2.

The Varsity boys have endless talent. As the season progresses the boys continue to improve. Even though the Agua Fria Varsity has had a rough start to this season, we have faith that they are making their comeback with these rival games coming up later this month. They are currently 6-3. And it is shown that their record is just improving from here. The boys need our support with their upcoming games. The next varsity home game is on April 4, 2017. 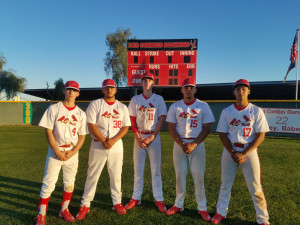 l Villalobas (17), Kyle Newman (11), and Julian Pedroza (15) are playing their hearts out on the field during their final season as Varsity owls.