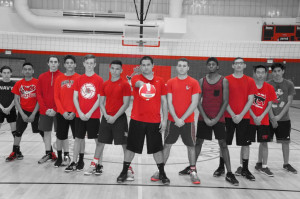 In the first set Varsity scored 22 points and kept the set close but they had 15 errors. The errors allowed Barry Goldwater to take the set. In the second set the team had fewer errors by only having 13 but they scored less and lost 17-25. The third set was the same as the second set — fewer errors but the score was smaller. But Varsity had over 25 kills against Barry Goldwater.
In the first set, JV scored 18 points and had 11 errors. In the second set they scored 16 points and had 15 errors. The JV leaders were Jakub Malarski (4 kills and 1 ace), Eric Johnson (2 kills), and Josh Bonell (1 kill and 2 aces).